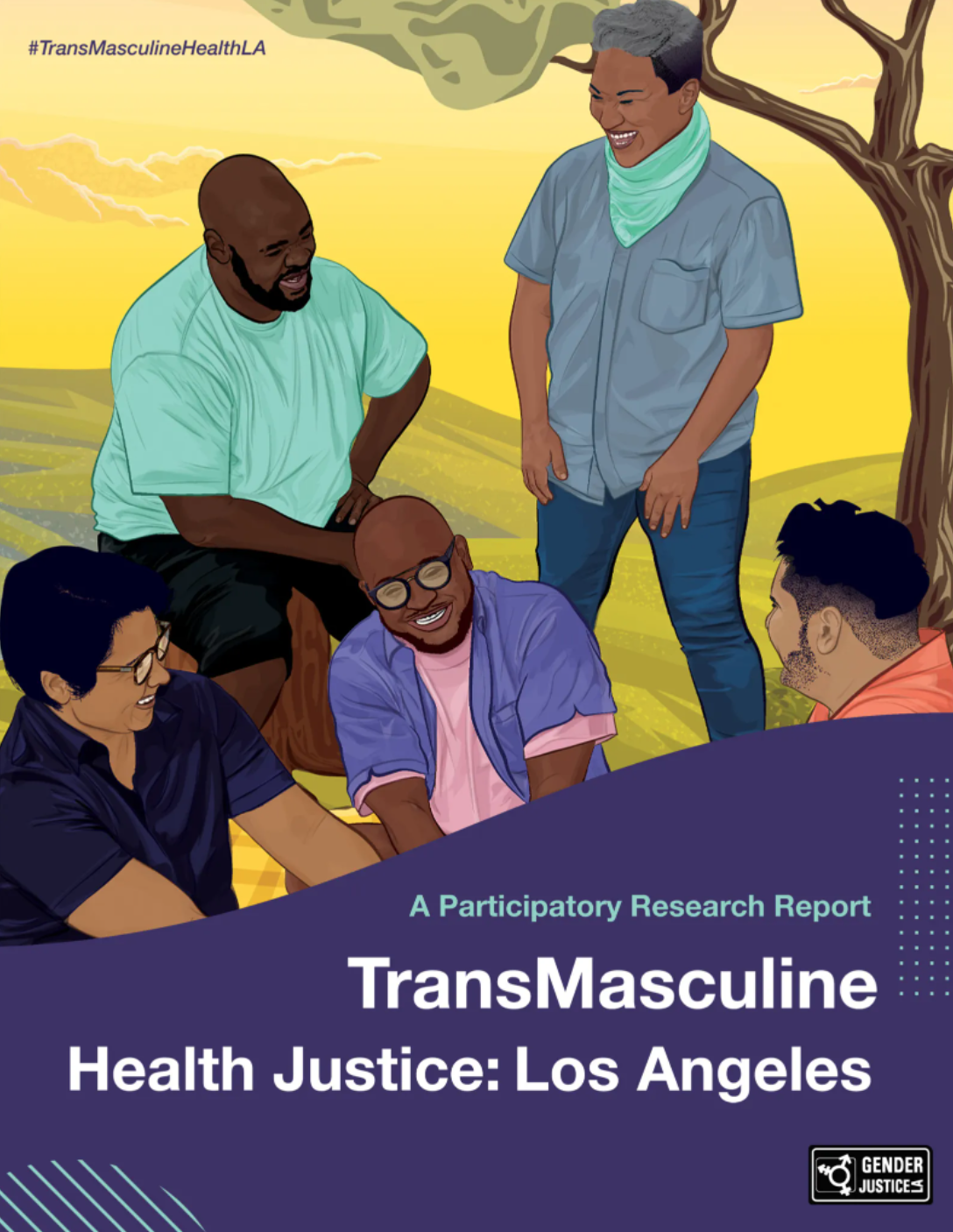 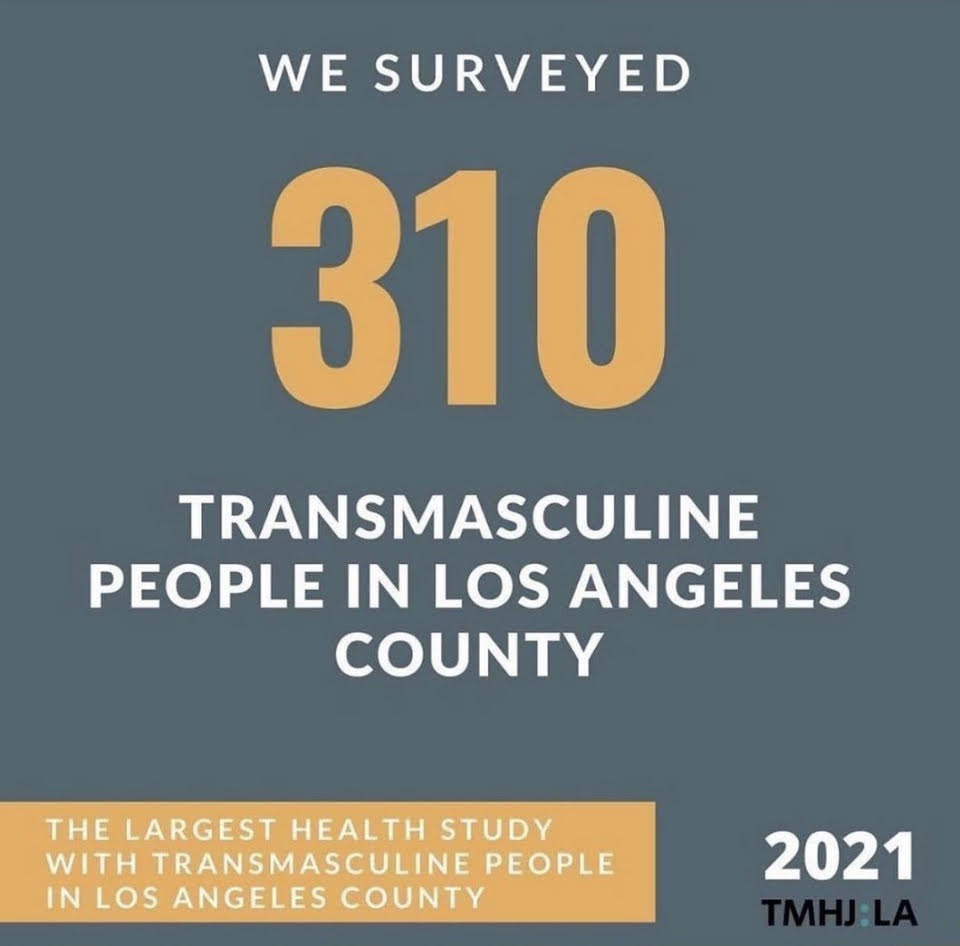 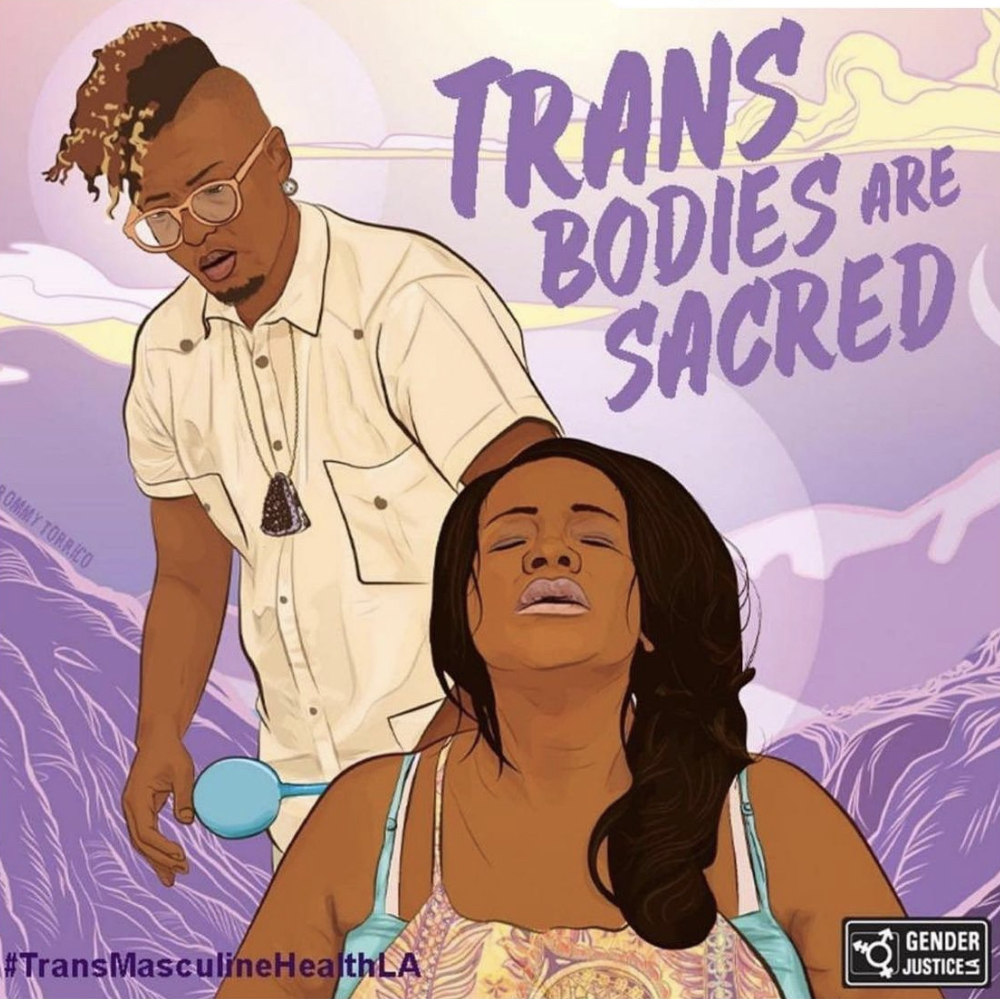 A project by Gender Justice LA, the TransMasculine Health Justice: LA report is the largest Health Study in LA county by and for Transmasculine people. Released on April 7th, 2021 this Transmasculine Health Study Project is led by a core team and volunteers composed of trans health organizers, researchers, educators, cultural workers, policy advocates, activists, and artists working across Los Angeles County. TMHJ:LA is part of a broader strategy within Gender Justice Los Angeles and includes research and community organization by and for trans people to advance health justice in California.

The project started with #TMHealthLA, an arts-based health promotion campaign with support from the City of Los Angeles AIDS Coordinator’s Office. This included a photography exhibit featuring portraits by and of Transmasculine people set against iconic backdrops and neighborhoods across Los Angeles. The show opened at the downtown public library in Los Angeles and has since traveled to multiple venues across the county.

We formed the Transmasculine Health Research Justice initiative in 2020 to use our data to identify advocacy goals and future research priorities. Based on this analysis, we developed a report focused on the health and health care inequities facing transmasculine people in Los Angeles along with foundations for action to advance health justice. We published our 2021 Web Report  April 7, 2021.

Our current work focuses on the four items in our take action agenda.

Visit Tmhealthstudyla.org for the full report ! 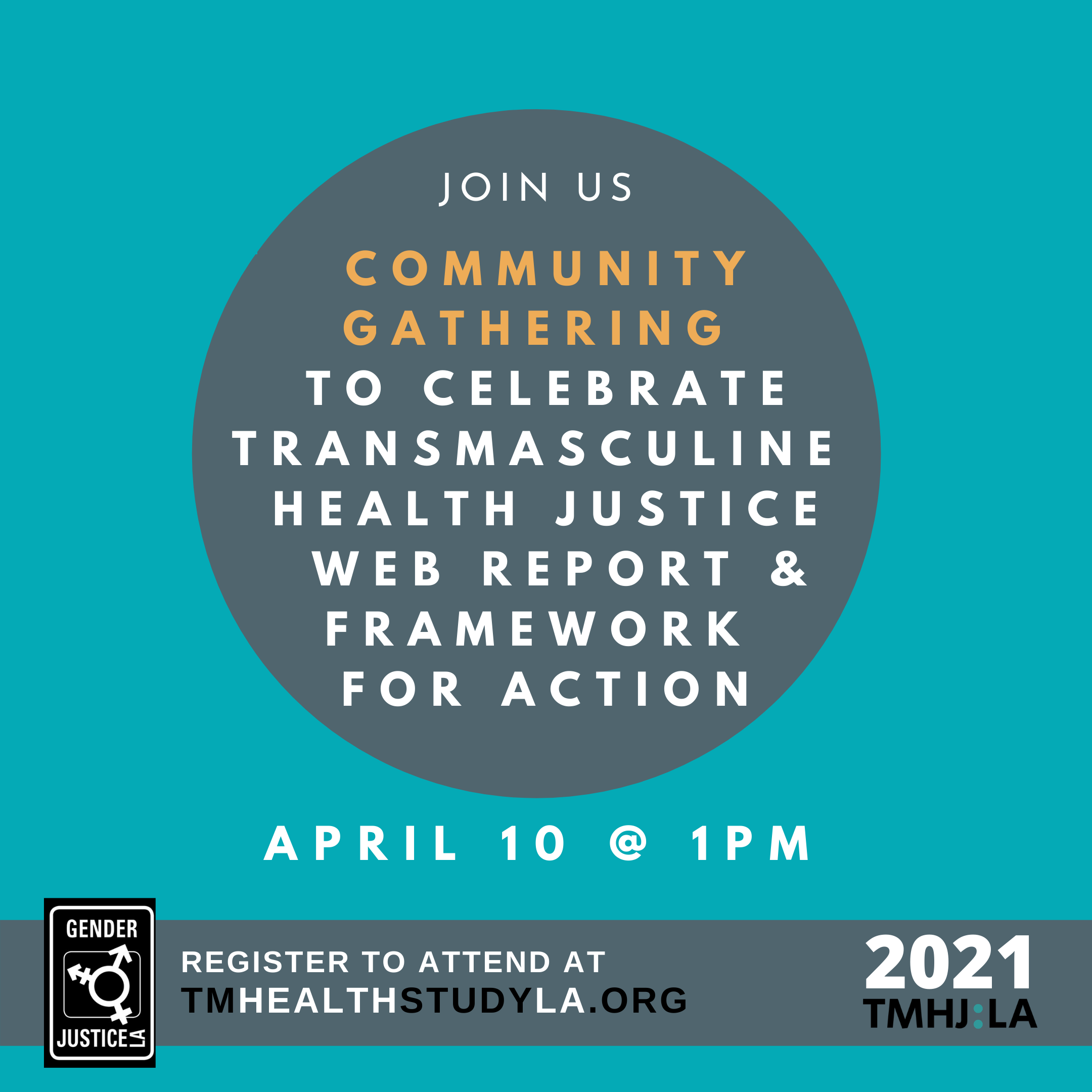