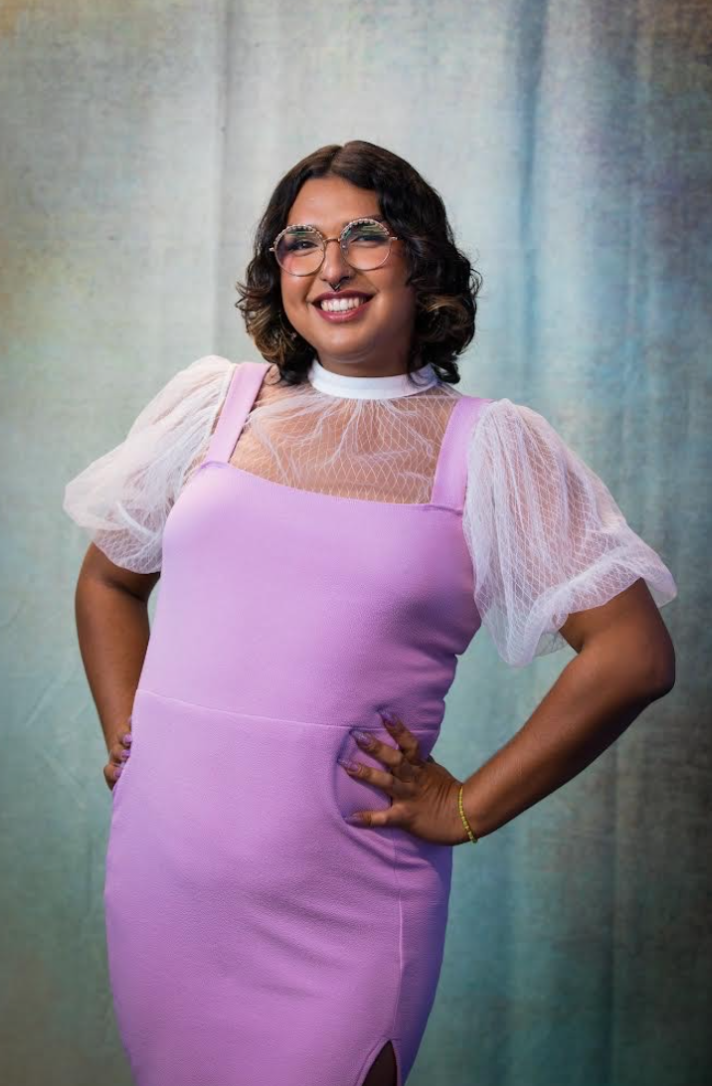 Michaé De La Cuadra (they/she) navigates this world sin género (without gender). She is a community organizer and artist born and raised in Los Angeles, California (Tongva Land) with familial roots in México and Ecuador. Her work envisions a future free of gender-based violence and imagines the possibilities of a world divesting from our current oppressive systems. She has explored multiple mediums to work toward this world such as visual art, music, building community-led spaces, and engaging in policy change at local, state and national levels. Most recently, Michaé worked with the [email protected] Coalition as the Manager of Policy and Community Engagement where she worked to craft and pass policies on issues related to sex work decriminalization, trans detention and incarceration, housing for trans women, healthcare access, and much more.

Zy’aire Nassirah is a prison abolitionist, advocate, and organizer. Zy'aire comes to this work with over 30 years of direct experience with the carceral system. Zy'aire is a Reentry Case Manager and Legal Assistant with the Transgender Gender-Variant & Intersex Justice Project (TGIJP), an organization committed to creating a world rooted in self-determination, freedom of expression, and gender justice. Zy'aire is also a long-time member of the California Coalition for Women Prisoners (CCWP) and centers the experiences of transgender and gender non-conforming people impacted by imprisonment in his system change work.

Gabriel Vidal, (he/him/Gabe) is a record collector, local DJ, trans man and community organizer. Born and raised in Los Angeles/Valle de San Fernando, Gabriel, from a young age, has been inspired by his parent’s journey as political refugees from El Salvador. His parents' desire to fight for peace and their introduction of SGI Nichiren Buddhism laid a foundation of humanism and social justice in Gabriel’s life. Through his own personal struggles in high school being suspended due to organizing for LGBTQ, immigrant and student rights, Gabriel developed a passion for youth organizing. For the last ten years, he has been a member of numerous community based organizing efforts throughout Los Angeles County, including initiatives through Gender Justice LA, the Labor/Community Strategy Center, the Brown Boi Project, and Innercity Struggle. Currently, Gabriel is the Statewide Organizing Manager with Genders & Sexualities Alliance Network, and is a member of Radio Pulgarcito, a Salvadorian DJ vinyl record collective based in Los Ángeles. His practice and passion for life has been shaped by his family, Buddhist practice, grassroots organizing and underground queer/youth cultures in LA. Gabe is happy to return to one of his homes, Gender Justice LA, and is grateful to now serve as a member of GJLA's Advisory Board.

Past GJLA's Advisory Board Members 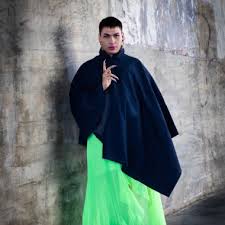 Jovan Wolf Binarao – Salagan is a Blasian activist, designer and business owner. He/They identifies as a Trans, gender non-conforming spirit. Jovan spends his working life involved with multiple trans/queer organizations such as Gender Justice Los Angeles, TransCanWork, FLUX and Project Q. The main goal of being affiliated with these organizations is to ultimately empower, celebrate, commune, and bring visibility, to our powerful QTPOC community. Jovan also has a life project called Jovan Wolf. Jovan Wolf is an evolving leather lifestyle fashion label. The Jovan Wolf label strives to create opportunities within the QTPOC community by offering employment, skill sharing, and visibility through modeling and campaigns.

Rosa Silva-Bañuelos has been a community organizer in their hometown of Albuquerque, NM since the late 1990’s and has worked throughout New Mexico facilitating local and rural communities to self-organize for social, environmental, economic, reproductive and gender justice. Alma Rosa has worked with many local, statewide, regional, national, bi-national organizations and community groups to continue movement building for another world that is possible. Alma Rosa is an anti-oppression trainer, LGBTQ cultural competency trainer and has trained statewide as well as nationally. In recognizing the systems of oppression and colonial structures they continue to organize towards another world that is necessary.  Alma Rosa believes in the strength and resiliency in the intersection of identity and in the journey of decolonizing and honoring their whole self, they bring forth their Two Spirit identity as Mexica Azteca.  Currently, Alma Rosa is working with Transgender immigrants seeking asylum and creating networks of support for rapid response efforts with the Santa Fe Dreamers Project and in partnership with [email protected] Coalition in L.A. and TGRCNM.  Their organizational and Board development background have fostered values of relationship building, collaboration, networking, creativity and conflict resolution. Alma Rosa is a co-founding member of Young Women United in ABQ, NM a local non-profit; community organizing for and by young women of color. Alma Rosa served as the founding Director of the LGBTQ Resource Center at the University of New Mexico  and is the founder of the NM LGBTQ Round Table. They also served as a member of the Board of Directors for the Transgender Resource Center of NM (TGRCNM), Equality New Mexico (EQNM), Casa Q and was Co-Chair of the Coordinating Council for the Southwest Network for Environmental and Economic Justice, SNEEJ. Alma Rosa was recognized by the Recuerda Cesar Chavez Committee and was awarded the Dolores Huerta “Si Se Puede” Award, 2013 for life long commitment to community, social and human rights issues. 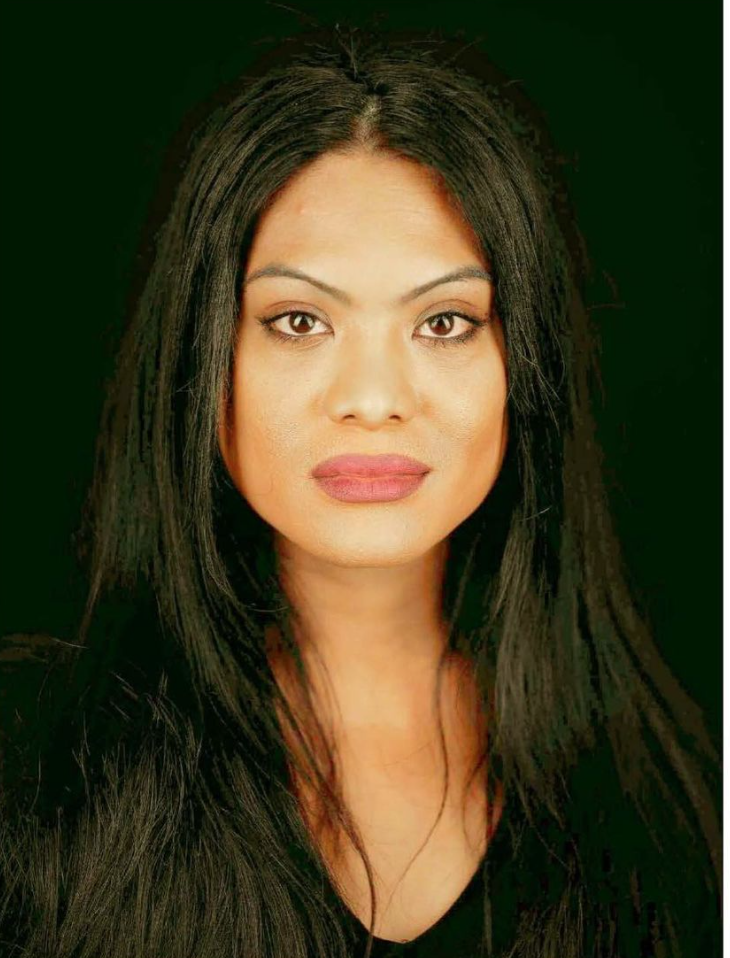 Through the Dept. Of Public Health, Gia is an advocate for the well-being and needs of the TGNC community. Also, Gia works as Reentry Counselor responding to youth in the LGBTQI2-S community who are impacted by incarceration. Serving on boards with the Transgender Service Provider Network, Gender Justice LA and the LA Transgender Advisory Council, Gia hope's to actively create progressive & inclusive change in policy for Trans & Gender Non-Conforming identities. For Gia, focus on proper Gender Affirming care is of the utmost importance. Along with a background in care for foster children, Alzheimer's patients, and Trans Identifying people, Gia is additionally involved with the Trans Chorus of LA and continues to support Trans Art with an emphasis on Taking Back Our Power advocacy. More info HERE 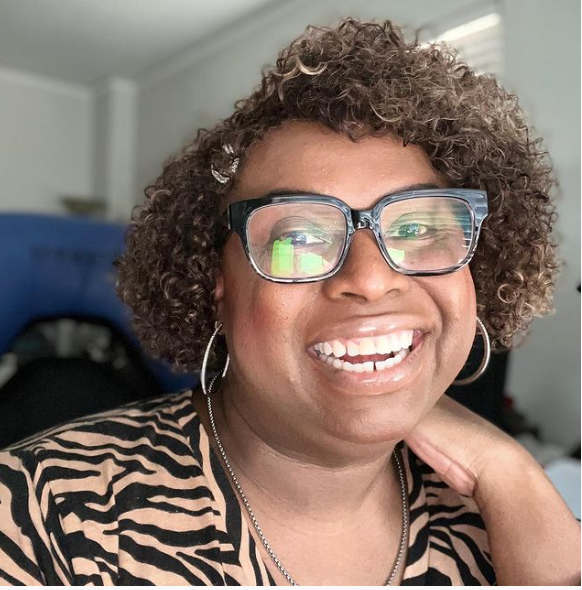 MJ Brown/Miss Barbie-Q (Pronouns: they/them/she/hers) - is a Drag Performance Artist/Host/Storyteller/Panelist/Activist/Actor/Producer/Curator/Writer/Singer. They have been in the entertainment for over two decades and identifies as a Trans Femme Non Binary Gender Noncomformist, bringing more visibility through theatre, film, television and other mediums. They are a company member of Sacred Fools Theatre and have worked with theatre companies such as Noise Within, Bespoke Plays, Coerage Theatre, Sorority at the Lyric Hyperion and The Vagrancy Theatre Company. They just recently joined Drag Queen Storytime doing stories at libraries around greater Los Angeles and the Trans Chorus of Los Angeles. More info HERE

HÉCTOR T. PLASCENCIA (they/them/we/us) was raised in La Puente, California by powerful Latina cis-women. As a transgender, undocumented, queer brother, daughter and beloved bridge builder, Héctor’s identities and privileges shape their work and holistic approach to social justice. Grounded in community centered transformation, Héctor is guided by the belief that impacted people must be active in all aspects of movement development and implementation. Their natural progression from immigrant rights organizer to health justice and trans policy advocate led them to center health and healing as focal points of movement building and sustainability. Beyond #MovementMagic, Héctor loves to dance, visit the woods and pays homage to their trans-cestors by continuing to exist. More info HERE

Corali Andy Gonzalez is a brown transgender non-conforming, raised in South Central and Mexico by their mother. She migrated from Guadalajara. Andy is very excited to join Gender Justice-LA as a board member. Andy has been a Gender Justice LA base member since 2015 when they first participated in TRANSfrom LA. Through lived experience, Andy grew up lacking resources for their BITQPOC in their community. This affected the safety and mental health of Andy’s family, friends and themself. Andy’s involvement in Gender Justice LA has made a huge impact on them to develop a passion to fight against the oppression that impacts their BITQPOC community. Andy’s experience of organizing has been fighting against the criminalization and mass incarceration of the LGBTQ community, undocumented community, the youth of color and people of color. Andy also supported the healing of BITQPOC communities impacted by the system. Through the principles of transformative justice and Harm Reduction work. Andy is also in ceremony with the Two-Spirit community with Gender Justice-LA. Andy is rooted in their ancestral practices and fighting against White Cis Heteronormative patriarchy. Andy is also an artist, videographer and photographer and uses their art to center the voices of their BITQPOC community. Andy loves summertime and cooking with their friends and family.

Emerson Whitney is the author of Heaven and Ghost Box. He’s disabled, trans and teaches in the BFA creative writing program at Goddard College and is a postdoctoral fellow in gender studies at the University of Southern California.